The Islamorada Fishing Club would like to offer you the opportunity to be a part of our tournaments.

Become a Member of IFC

Join IFC today and become entitled to all of the privileges our club has to offer. 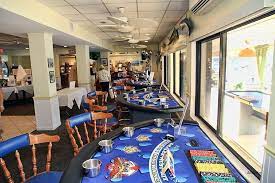 Nestled in the fishing capital of the world, the IFC offers novice and expert fishermen alike a place to experience camaraderie like no other.

If you like fishing and care about the future of our fisheries and environment, you are bound to meet like-minded people from all walks of life brought together by their passion for fishing and conservation at the Islamorada Fishing Club.

- LEARN MORE ABOUT THE IFC

Well the summer months are here, and The tournament season has kicked off! I would like to thank everyone in advance for your understanding during our club closures for these tournaments. This is the time of year, when bonefish, tarpon and dolphin fishing are at their best. I want to take a moment to thank all of our members for their support during what was an exceptionally busy season for the club this year.

I am expecting to have a busy Summer as well this year and as always would encourage all  members to make your dinner reservations a minimum of 24 to 48 hours in advance. We will do our best to accept walk ins and late requests, however this may not always be possible. 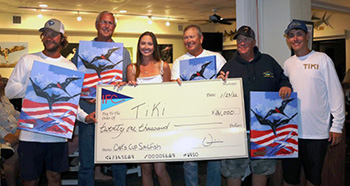 The Islamorada Fishing Club welcomed 60 anglers fishing on 21 boats for the Islamorada Fishing Club Captain’s Cup Sailfish Tournament. The single day fishing tournament boasted $21,0000.00 for the winning boat and was the final leg of the Florida Keys Gold Cup Sailfish Championship. It would be a day of multiple hookups for many of the 21 boats. The first double header was called in at 8:54 by Captain Roy Lindback aboard his charter boat TIKI. Anglers Craig and Seanna Lindback from Islamorada, FL would release both fish by 9:13.

Contagious would call in a double, as would Que Mas, My Sea Cin, Smile Maker, and the Still Right. With only 20 minutes to go Captain JC Cleare called in a double on his boat Remix. One fish was released and then the team hooked two more making it a triple header. When the committee boat called lines out at 4PM Remix was still hooked up to three fish. Tournament rules allow angler to fight fish after lines out as long as they have been acknowledged by the committee boat. These fish would not only change standings for the Fishing Club tournament but also the Gold Cup series.

TIKI would be guaranteed the win at the Fishing Club with mates Mike Pinckney, Tommy “Spanky” Bressler and Charlie Lane taking the leaders and releasing 5 sails. The team took home beautiful Pasta Pantaleo prints sponsored by Caribee Boat Sales and Yamaha Outboards along with the check for $21,000.00. Remix anglers Bill Danko of Cincinnati OH, fishing with Jorge Corozo from Miami, FL and Doug Mientkiewicz from Islamorada, FL would release two of the triple header before 5PM landing them in 2nd place with 4 fish.

Remix would be crowned the Florida Keys Gold Cup Champions. Their release of the last two fish of the tournament would propel them into first place in the series with a total of 19 releases. Anglers Nick Carullo and Sarah Melina from Miami Fl, competed with the team. Along with their 4 releases in the Fishing Club tournament the team released 6 sails in the Islamorada Sailfish Tournament, 9 in the Cheeca Lodge and Spa Presidential Sailfish Tournament.

Cloud Nine Captain Greg Eklund watched as the Remix slowly surpassed his team putting them is second place in the Gold Cup series with 17 releases. Anglers Josh Jackson from Temple, TX, Billy Neuzil of Naples, FL along with Jake Turek and Eric Ehlers from Islamorada, FL would release 3 fish in the IST, 13 in Cheeca and 1 in the Fishing Club tournament.

Third Place Gold Cup anglers IFC Member Steve Orton from Coral Springs, FL, Dylan Bryan from Crystal River, FL, Cory Nelson from Ft. Lauderdale, FL and Tim Arce of Islamorada Fl would release 14 sails in the series. Captain Raymond Baiz and Justin Miller aboard the My Sea Cin would release 1 in the IST, 12 in Cheeca and 1 in the Fishing Club tournament.

Gold Cup Series top angler and winner of the prestigious Gold Cup Championship Ring went to angler IFC Member Mark Mitchell aboard the Contagious. Mark released 8 sails over the series. "The Islamorada Fishing Club Tournament created a great ending to the Florida Keys Gold Cup Series", stated tournament director Dianne Harbaugh. "It was a tight race, not only for the teams but for the champion angler ring". The 2023 Florida Keys Gold Cup Series will kick off in December with the Islamorada Sailfish Tournament. 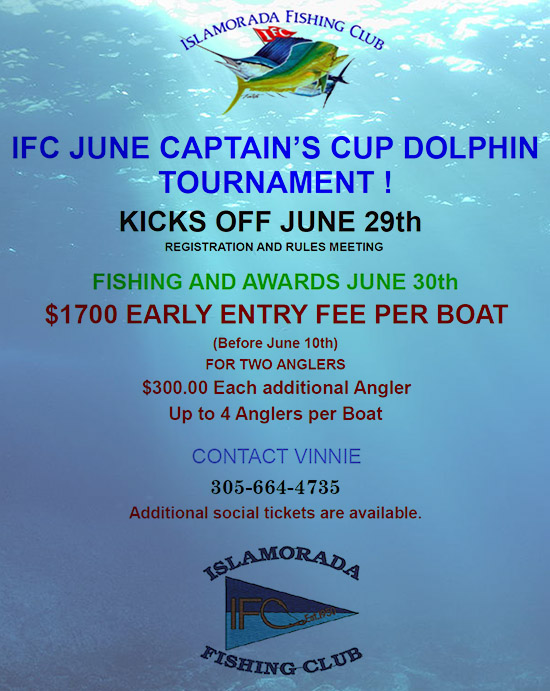 Check out the latest news for the Islamorada Fishing Club with our most recent IFC Shortcast!